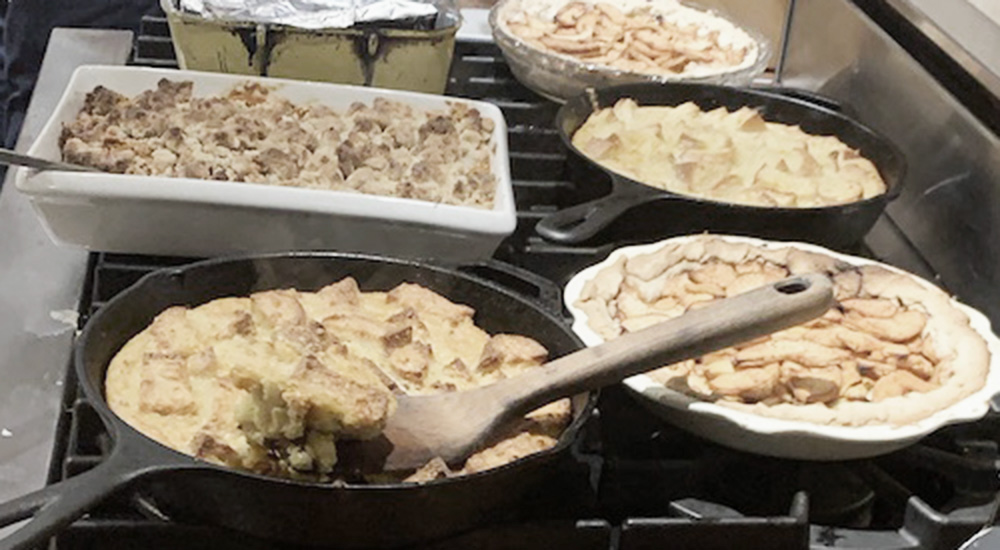 This is a wonderful recipe that came about one Thanksgiving when someone brined (world-class chefs, what you'll read next may be hurtful, so, I recommend you look away now, but to everyone else: there is such a thing as too much salt) a turkey a little too much and things turned out, well...? Criminally salty. And a bit ruined. Not a problem, though, because our own Henri Cherry came through with this sweet cornbread pudding of his that absolutely saved the day. It's an easy make, so, don't feel you have to be restricted to just Thanksgiving to throw it all together. It tastes just as good on any cool fall evening or when you're just feeling like doing something nice for yourself.

Time: About an hour-and-a-half.

(Or, if you're having trouble finding that canned delicacy you can make your own by bringing some corn kernels, the cobs you cut the kernels off of, a cup of cream, and 4 cups of water together to a boil before letting it all simmer for another 25 minutes. Then season that with some salt and pepper and get those cobs out of there before putting everything else into a blender with a load of parmesan cheese and hitting, “BLEND.” Done.)

Preparation is easy. First off: heat oven to 350 degrees F. While that’s going you should sweat onions with butter and herbs in an oven-safe skillet. Keep that going until onions are translucent. From there you need to combine your corn, cream, eggs, baking powder, cornmeal, Parmesan, salt, and pepper in a large mixing bowl. Add cubed bread in there and fold to combine. Pour that batter into the skillet, right on top of the onion mixture. Then bake 50 minutes, or, until set. Cool slightly before serving.